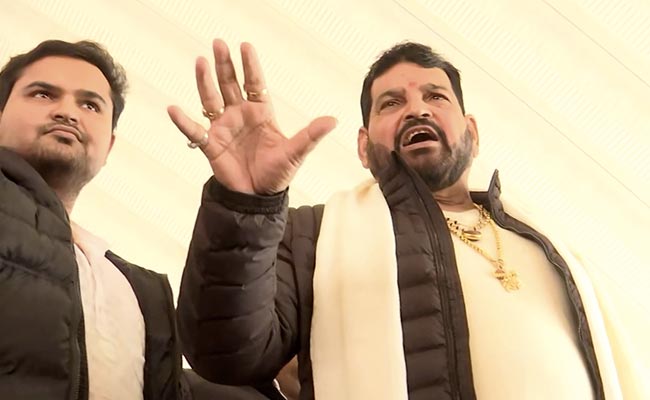 Bharatiya Janata Party (BJP) MP Brij Bhushan Sharan Singh, surrounded by allegations as the President of the Wrestling Federation of India, has ‘requested’ his well-wishers and supporters on social media to desist from making inappropriate comments. Singh said in a series of tweets made from his handle, ‘Request, some objectionable slogans, graphics, hashtags have been reported on social media. I disagree with anything that harms the dignity of any political party, social organization, community or caste-religion.

He said in another tweet, ‘And I refute such posts and trends. I am not bigger than the party, my dedication, my loyalty is authentic. My well wishers and supporters please stay away from such posts, don’t even comment if you like.’

As the matter escalated, a meeting was held between Union Sports Minister Anurag Thakur and the protesting wrestlers in which Singh was asked to step down till the allegations against him were investigated.

Brij Bhushan Sharan Singh has denied all the allegations leveled against him. He was supposed to hold a press conference on the entire episode on Saturday but he canceled it. At the same time, the Indian Olympic Association has constituted a seven-member committee to investigate the allegations of sexual abuse.

Meanwhile, the Annual General Meeting (AGM) of the Wrestling Federation of India to be held in Ayodhya on Sunday was cancelled. Sources told here on Sunday that the meeting was to be held in Ayodhya at 10 am, but it has been canceled due to unavoidable reasons following instructions received from higher level. No meeting will be held until the investigation is completed, nor will any official statement be issued by the Speaker. Apart from this, the National Wrestling Championship which started on Saturday in Gonda has also been cancelled.

It is noteworthy that on behalf of Brij Bhushan Singh, it was said on Friday that after the Annual General Meeting (AGM) of the federation on January 22, he would issue his stand on the allegations leveled against him.