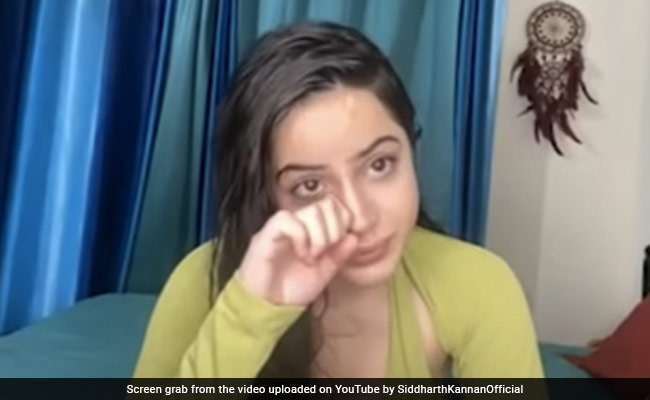 Today every child recognizes the social media sensation Urfi Javed. Urfi Javed is known for her unusual fashion sense. Urfi is often trolled on social media for her fashion. However, she does not let trolling affect her at all. Urfi Javed’s image may be of a cool girl today, but at one time she has gone through a lot of pain, which was revealed by the actress herself in an interview. Urfi, who became popular with Bigg Boss OTT, told the story of father’s torture in Siddharth Kanan’s interview.

Urfi had given an interview some time ago, in which he had made many startling revelations related to his life. During this, he had also told some surprising things about his father. The actress told how her father tortured her mentally and physically. Urfi had also revealed that in class 11th, someone had put one of his photos on an adult website, after which his family members got angry with him. He did not get support from his family after this incident.

Urfi had said, “When this happened, it was a very tough time for me, because I had no support from my family. They blamed me. I was even called a porn star. My father took me physically and mentally for 2 years. Tortured. I couldn’t even remember my name. People used to call me with so many dirty abuses. I didn’t have the freedom to speak. For 17 years, I was told that girls can’t speak. What a man says is right. I did not know that I had a voice. When I left my house, it took me a long time to survive. But slowly everything happened”. After this, Urfi becomes emotional and says, “God forbid any girl has to go through the circumstances I have gone through”.