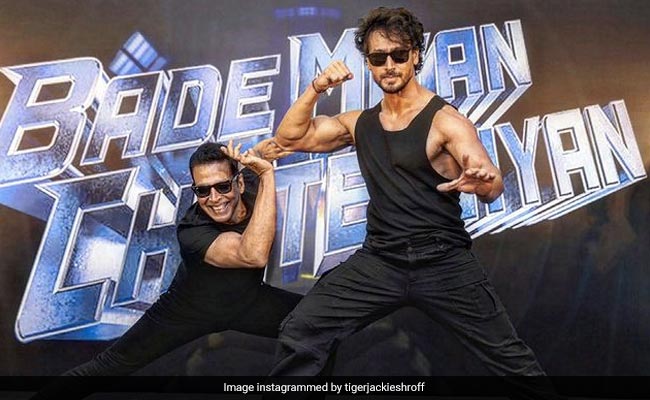 Bollywood actor Tiger Shroff has shared a great update related to his upcoming film Bade Miyan Chote Miyan. He has started shooting for this film. The film Bade Miyan Chote Miyan stars veteran actor Akshay Kumar in the lead role alongside Tiger Shroff. This film of both the actors was in discussion for a long time. However, there was suspense about when the shooting of this film would start. In such a situation, now Tiger Shroff himself has told that the shooting of this film has started on Saturday.

Tiger Shroff has shared many pictures of Muhurta shot on his official Instagram account. Akshay Kumar is also seen with him in these pictures. Along with the picture, the actor has given specific information about the film. Describing Akshay Kumar as ‘elder’, Tiger Shroff wrote in the caption, ‘Elder, I may have been born in the same year you were launched, but I am sure you can still jump higher than me and The journey of one of the biggest action scenes is starting from today.

Pictures of Tiger Shroff and Akshay Kumar are becoming increasingly viral on social media. The fans of both the artists are very fond of the pictures. Also giving your feedback by commenting. Let us tell you that Akshay Kumar and Tiger Shroff are working together in a film for the first time. At the same time, in the year 1998, a film has appeared in Bollywood named Bade Miyan Chhote Miyan. In which Amitabh Bachchan and Govind were in the lead roles. However, this film of Akshay Kumar and Tiger Shroff is completely different from the 1998 film Bade Miyan Chote Miyan.