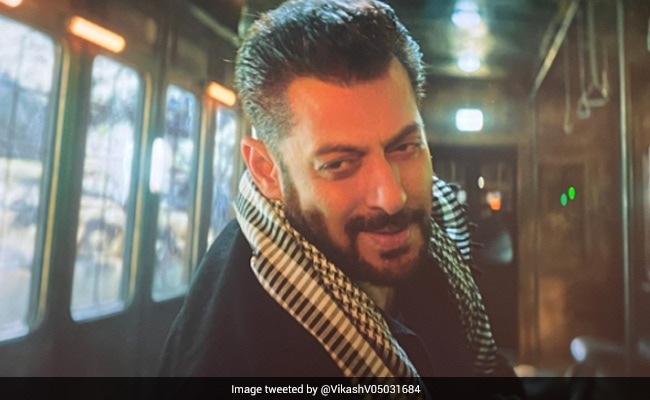 Shah Rukh Khan’s Pathan has been released in theatres, whose craze is being seen among the fans on social media. But with the release of this film, the discussion of Salman Khan’s cameo has also started happening on social media. Actually, the entry in Salman Khan’s film has happened in such a bang that even the fans have started saying that Tiger Zinda Hai. At the same time, its video is also becoming increasingly viral on social media.

Talking about Salman Khan’s cameo in Pathan, Shahrukh means Pathan gets beaten up by goons. At the same time, Salman is seen entering from the terrace to save his life. During this, a glass of coffee is visible in his hand. On the other hand, Shahrukh is seen welcoming him in his own style.

#pathan is SURREAL, MADNESS, GRAND.#SRK? is back with 2023 first blockbuster.#tiger X #Kabir X #pathan is the new universe created by #YRF

After watching the video, fans are seen sharing fire and heart emoji. Although some fans seem to be refusing to share spoilers. Apart from this, the acting of Shahrukh Khan, Deepika Padukone and John Abraham is being praised in the film. However, it has to be seen how much the box office collection is able to do amidst the buzz of the film.

Let me tell you, along with the release of Pathan, the teaser of Salman Khan’s upcoming film Kisi Ka Bhai Kisi Ki Jaan has also been released, which is getting a good response on social media. At the same time, the look of the actor has also been released from this film. Talking about the film, apart from Salman, actresses Pooja Hegde and Shahnaz Gill are also going to be a part of this film. Due to this, the fans are looking very excited.