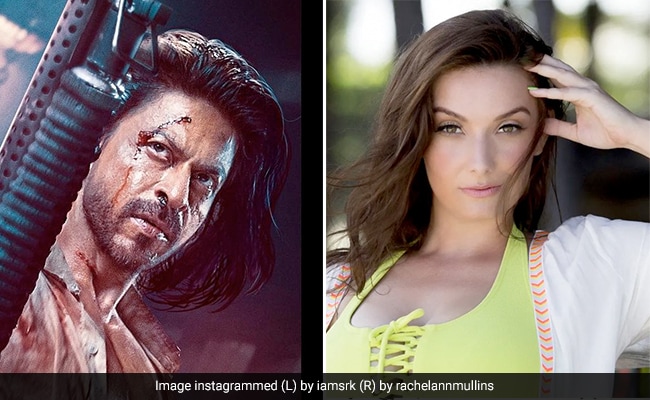 Bollywood actor Shahrukh Khan’s film Pathan is going to be released in theaters on January 25. The buzz of this film has been building since a long time. Shahrukh Khan’s fans are eagerly waiting for the film Pathan. In this film, many actors including Deepika Padukone and John Abraham are in the lead roles. Not only this, a famous actress of Hollywood cinema has been entered in the film Pathan. The name of this actress is Rachel Ann Mullins. Rachel Ann Mullins is known for many international shows like ‘Happy Endings’ and ‘The League’.

She has also appeared in many Hollywood movies like ‘Rampert’, ‘Neighbours’ and ‘The Entourage Movie’. Rachel Ann Mullins’ most recent Hollywood TV appearance was in Season 2 of ‘I’m Dying Up Here’. She was also seen in the Indian web series ‘Chutzpah’ aired on SonyLIV. The actress is now ready to make her Bollywood debut with the film Pathan. Rachel is going to appear in an Atrangi avatar in this Shah Rukh Khan starrer film.

Rachel Ann Mullins studied Fashion Merchandising at McKinley. Due to her passion for fashion, her modeling career started when she was 12 years old. Rachel has worked in Tokyo, Paris, Milan, London, and Rome while working as an international model that made for a busy schedule. It only seemed natural for her to combine her fashion and entertainment skills. In her spare time, Rachel enjoys outdoor activities and often goes hiking as well as kayaking.