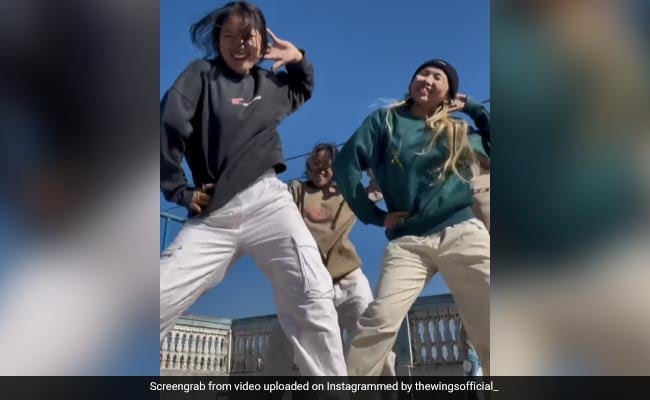 The song ‘London Thumakda’ from Bollywood actress Kangana Ranaut’s film Queen has become a must-see song during every festival and party. Even almost 9 years after its release, the song has not lost its charm and is still heavily used in many Instagram reels and videos. Now a group of girls from Nepal have danced fiercely on this superhit song of Bollywood. Whose video is becoming fiercely viral on the Internet.

This video of Nepali girls has been shared on the Instagram handle named TheWings. In the video, the spectacular dance of the four girls is being made. Not only this, all the girls are showing excellent steps in every beat. This video of Nepali girls’ dance is becoming fiercely viral on social media. Many social media users are very fond of her dance videos. Also giving your feedback by commenting.

A fan wrote, ‘This is called real talent.’ Another wrote, this video is going to go viral for sure. Others wrote, ‘What a wonderful energy.’ Apart from these, many other social media users have given their feedback by commenting on the video. Let us tell you that the film Queen was released in theaters in the year 2013. This is one of the great films of Kangana Ranaut’s career. The film Queen was directed by Vikas Bahl. While the producer of the film was Anurag Kashyap. Kangana Ranaut won the National Award for this film.