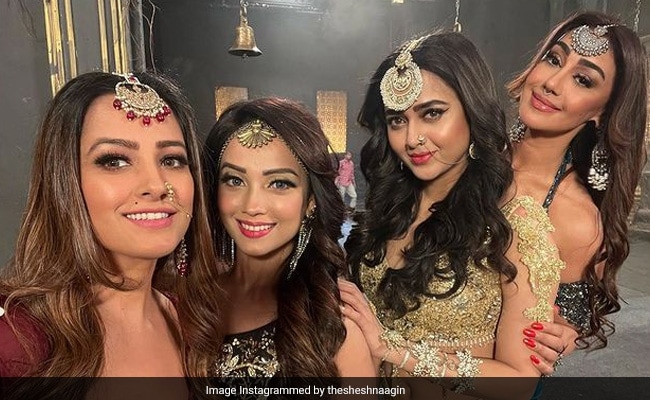 Ekta Kapoor’s Naagin is one of the famous serials of the small screen. She has released several seasons of this show till now. Which has been getting the love of the audience. Till now Ekta Kapoor has released a total of 6 seasons of Naagin on TV. The special thing is that in every season of his show, Naagin is a different actress. The actress who plays the lead role in Naagin serial also remains in headlines. Till now Mouni Roy, Ada Khan, Anita Hassanandani, Mehak Chahal and Tejashwi Prakash have played Naagin in this serial of Ekta Kapoor.

All these serpents are seen getting their makeup done. This video is fiercely viral on social media. Fans of Ada Khan, Anita Hassanandani, Mehak Chahal and Tejashwi Prakash are very fond of the video. Also giving your feedback by commenting. Many fans have commented and described Tejashwi Prakash as their favorite Naagin. Along with this, many comments have been made about her beauty. Significantly, Ekta Kapoor is going to launch Naagin 7 soon.