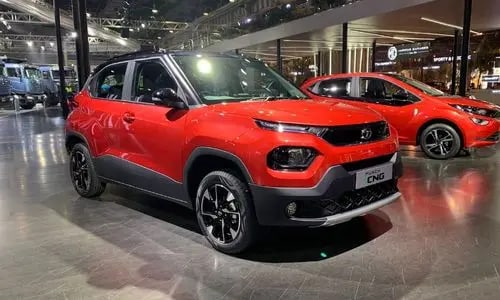 Vehicle company Tata Motors has earned an integrated net profit of Rs 3,043 crore in the third quarter of October-December of the current financial year 2022-23. The profit of the company has increased due to good sales of vehicles during the quarter. The company had a net loss of Rs 1,451 crore in the October-December quarter of the last financial year 2021-22.

In the information sent to the stock markets, the company said that its total income during the quarter also increased to Rs 88,489 crore. It was Rs 72,229 crore in the same period of the last financial year.

On a standalone basis, the company’s net profit more than doubled to Rs 506 crore during the period. It was Rs 176 crore in the same quarter a year ago.

Tata Motors said that the revenue of Jaguar Land Rover, the British unit of the Tata Group, increased by 28 percent to six billion pounds in the last December quarter.