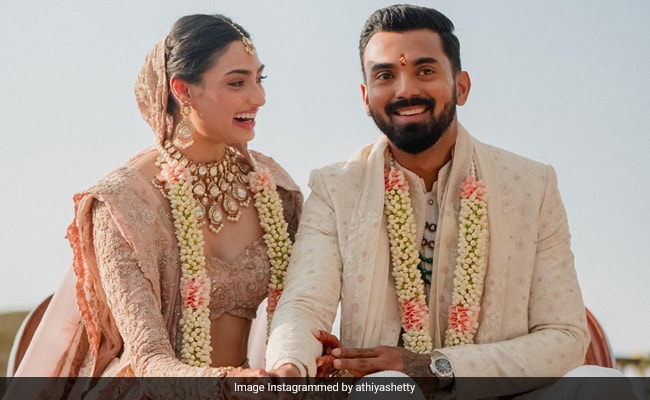 It is a happy moment for the Sunil Shetty family. His actress daughter Athiya Shetty and cricketer KL Rahul got married today. Athiya’s father Sunil Shetty and her brother Ahan Shetty greeted the guest on this special occasion. He expressed happiness and announced the news by distributing sweets to paparazzi outside his Khandala farmhouse. This is where the marriage took place. Talking about the wedding function, Suniel Shetty said, “It was great… aur abhi phere bhi ho gaye, the marriage is officially done and I have officially become father-in-law.” He further added, “Sasural ka If the dizziness goes away and if I remain the father, then it is very beautiful, because I play that part very well.”

Both Sunil and Ahaan were seen in traditional clothes at the wedding. Suniel Shetty wore a traditional brown dhoti with a long necklace. While Ahaan wore a white sherwani and he was looking very attractive in it. KL Rahul and Athiya dated for many years before tying the knot on Monday. The actress was also seen with the cricketer on some of Team India’s tours.

Lovebirds made their relationship public last year. The cricketer had wished Athiya Shetty on her birthday with an adorable social media post featuring Athiya and himself.