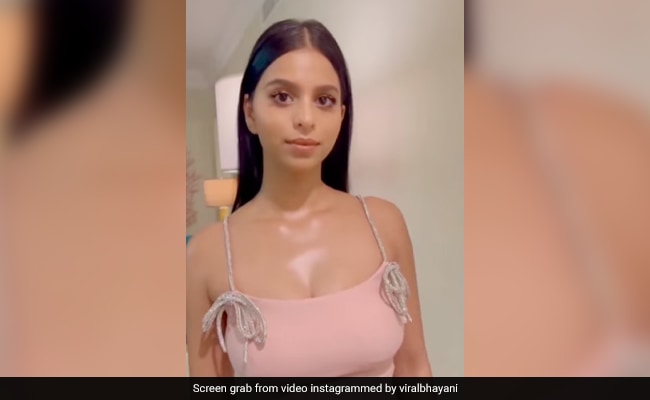 Shah Rukh Khan’s daughter Suhana Khan is in discussion these days. From no makeup look to Suhana’s stylish style is in headlines. Meanwhile, a video of Suhana Khan from Dubai event is going viral, in which she is looking very glamorous in a light pink dress. Although even before this a photo of Suhana went viral, in which she was seen posing with Kendall Jenner and Shanaya Kapoor. But now in her viral video, she is seen winning the hearts of fans with her cute smile.

Before this viral video, Suhana Khan shared some photos on her Instagram, in which she was seen in a black gown. The reaction of fans and celebs was seen on this. However, one comment made a lot of headlines. Actually, Suhana Khan’s father Shah Rukh commented on the daughter’s photo and wrote, “Very beautiful baby, you are looking completely different from the pajamas you wear at home”. Apart from this, many celebs commented on Suhana’s photo while sharing heart and fire emoji.

Let me tell you, Suhana Khan is about to debut in the world of acting with Zoya Akhtar’s film The Archies. Although it will be a Netflix film. But its discussion is in full swing among the fans.