Shahrukh Khan, who started his acting career from TV, is today known as King Khan of Bollywood. Although even today fans like to watch his films. Meanwhile, an old advertisement video of Shahrukh is going viral, in which he is seen advertising a famous brand of shoes. At the same time, after watching the video, the fans are seen praising Shahrukh Khan’s acting and making it viral on social media.

Shahrukh, who started his Bollywood career in the 80s, advertised for the first sports shoes made in India, in which he looks extremely handsome. An advertisement from the early 90s has gone viral on Instagram, bringing back nostalgic memories for Shah Rukh Khan’s fans. In fact, a video of Shahrukh’s old advertisement has been shared on Bollywooddirect’s Instagram account, in which Shahrukh is seen running wearing new shoes in an advertisement set to the song Eye of the Tiger from the 1982 Sylvester Stallone film Rocky III. During this, he is seen getting ready with a headband, blue T-shirt and shorts.

After watching this video of the actor, the fans are also seen giving their reaction. One fan wrote, “I am about to find Liberty’s shoes in my house.” Another wrote, “Jhoome jo pathan mera jaan liberty mil jaaye”. Apart from this, fans have remembered Shah Rukh’s struggle by sharing heart emoji. 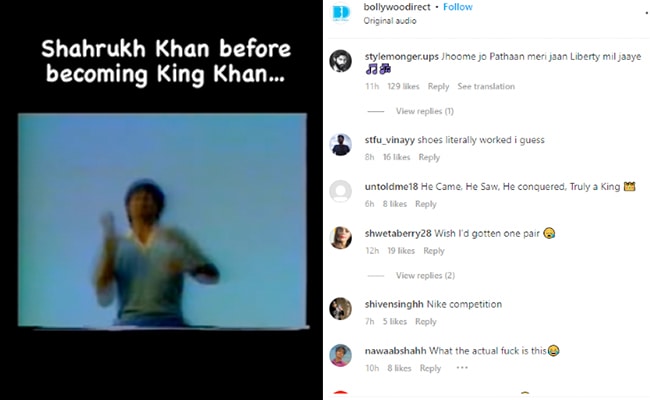 Let me tell you, Shah Rukh Khan is going to return to the silver screen after almost four years with the film Pathan, in which he will be seen doing action with Deepika Padukone and John Abraham.