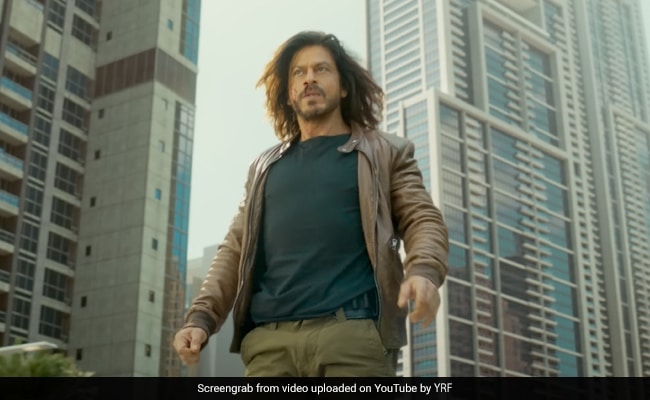 Ask Me Anything session of Bollywood’s King Khan remains in discussion every time. Shahrukh’s answer to each and every question of the fans remains in discussion for many days. Meanwhile, the fans are laughing on the question related to the actor’s film Pathan. Actually, advance booking of Pathan is going on these days, due to which many fans are unable to get tickets for the film. Regarding this, a fan asked him for 2 tickets, on which the fans are laughing after reading the actor’s answer.

Before the release of Pathan, Shahrukh is seen doing SRK sessions one after the other. Meanwhile, you will also be left laughing after hearing a question asked by the fan. Actually, a fan asked Shahrukh Khan, Book my show has crashed. Sir can you give me 2 tickets so that I can watch the first day first show of the film. Shahrukh wrote on this, no, you will have to buy the ticket yourself. Crash or not. Fans are also seen sharing their reaction on this answer of King Khan.

Nahi tickets toh u will have to buy yourself…crash or no crash…. https://t.co/gUxVW5ZtAD

Let us tell you, Pathan’s advance booking seems to be breaking records one after the other. In fact, on the previous day, Pathan also crossed the advance booking figure of the first day of Ranbir Kapoor and Alia Bhatt’s 2022 hit film Brahmastra Part One (Rs 17.71 crore). On the other hand, Pathan has earned around Rs 18 crore due to advance booking.