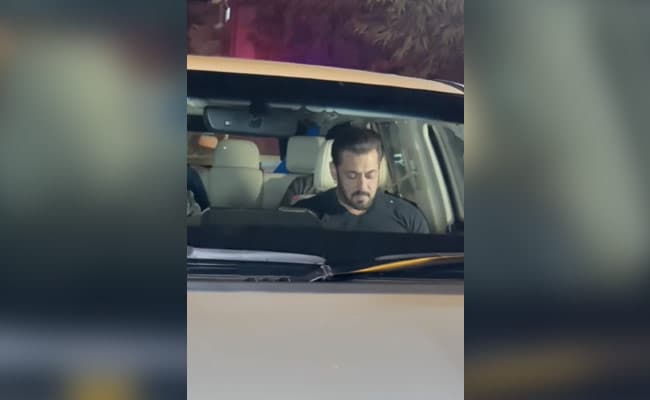 Salman Khan and Aamir Khan starrer film Andaz Apna Apna is counted among the hit films of Bollywood. At the same time, the sequel of this film was announced in the past. Actually, Rajkumar Santoshi, the director of Andaz Apna Apna, while announcing the sequel of the film had said that the sequel will come soon, which will be titled Ada Apni Apni. Although it will be a spiritual comedy film. At the same time, amid these reports, Salman Khan has been seen reaching Aamir Khan’s house to meet him, whose video is going viral on social media.

A few hours ago, paparazzi shared a video on social media, in which Bollywood actor Dabangg Khan is seen going to his friend Aamir Khan’s house. In the video, Salman Khan is seen in a black T-shirt sitting in a car. Fans are seen talking about fire emoji and Tiger’s fire after watching the actor’s video. One user wrote, no one can replace The Tiger, Bhaijaan. Another wrote, Salman Khan means the whole of Bollywood. In the same way, the fans have put out the heart emoji in the comment of the video.

Let me tell you, along with the release of Pathan, the teaser of Salman Khan’s upcoming film Kisi Ka Bhai Kisi Ki Jaan has also been released, which is getting a good response on social media. At the same time, the look of the actor has also been released from this film. Talking about the film, apart from Salman, actresses Pooja Hegde and Shahnaz Gill are also going to be a part of this film. Due to this, the fans are looking very excited.