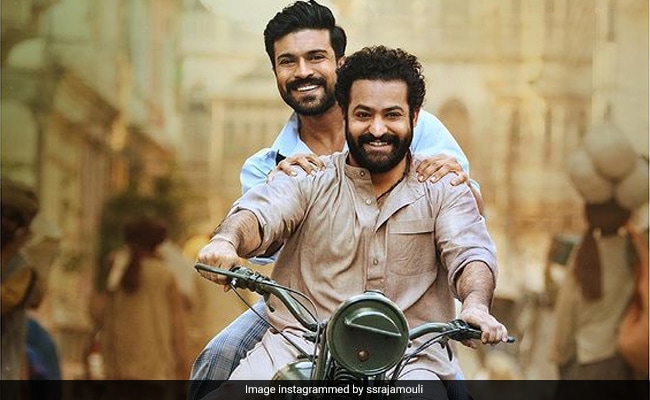 Producer-director SS Rajamouli’s RRR is one of the most talked about films of Indian cinema at the moment. This film has earned name not only in India but in the whole world. On Tuesday, the film RRR created history in Indian cinema when the film’s ‘Naatu Naatu’ got a nomination for the 95th Oscar Award. The film RRR has won many awards before the Oscar nomination. In such a situation, we introduce you to those awards.

The film RRR was released in theaters in March last year. The film won the Best International Film award at the 50th Anniversary Saturn Awards held in Los Angeles in October last year. The Saturn Awards are presented by the Academy of Science Fiction, Fantasy and Horror Films. In which films, TV, as well as streaming programs, science fiction, fantasy, horror and other genres are rewarded.

After the Saturn Awards, the film RRR won an award at the New York Film Critics Circle Awards last month. Director SS Rajamouli got the Best Director Award for this film. And this year, the song ‘Naatu Naatu’ from the film RRR has created history in Indian cinema by winning the Golden Globe Award. Music director MM Keeravani has been awarded this historic award for this song.

At the same time, the film has also won the Los Angeles Film Critics Association (LAFCA) award for the song ‘Naatu Naatu’ at the recent Golden Globe Awards. Now the eyes and hopes of the whole of India are fixed on winning the Oscar for this song. This year Oscar will be held on 12 March.