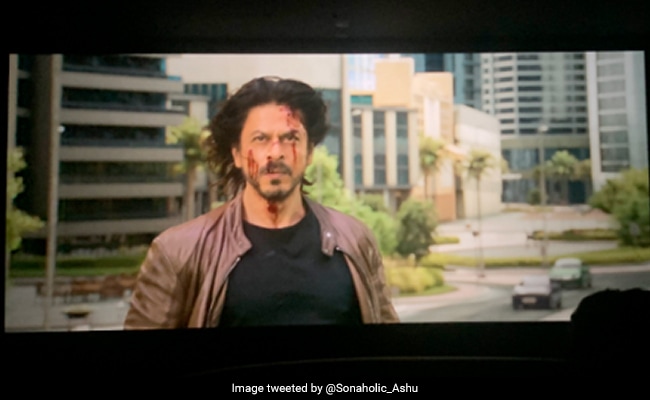 Shah Rukh Khan starrer film Pathan has been released on 25 January i.e. today. Like advance booking, the craze of the film is being seen in theatres. Where the fans are seen dancing after the wait of watching the film with the drums is over. So there some people are seen vandalizing against this film. However, in the midst of all this, the public’s review has come, which is becoming increasingly viral.

In the conversation held by NDTV with the public regarding the release of the film, people have put forth their opinion. Where some people have called the film a super hit, while some people have called the film okay. However, the fans of Shah Rukh Khan have praised his return to the silver screen. Not only this, fans are seen cutting cakes in theaters and dancing on drums for the actor. Apart from this, some fans are visible even after being emotional.

Let me tell you, Shah Rukh Khan’s Pathan is seen breaking all the records. While Shah Rukh Khan’s film is making new records every day in terms of advance booking, the songs and trailers of the film are making a splash on social media. However, vandalism is also being seen against the film at many places. But it has no effect on the fans of Shahrukh Khan. He is looking excited to watch Shahrukh’s film with Dhol Nagadon. Apart from this, if we talk about the film, it is an action film, in which Salman Khan is also seen doing a cameo. At the same time, the scenes of this film are going viral on social media.