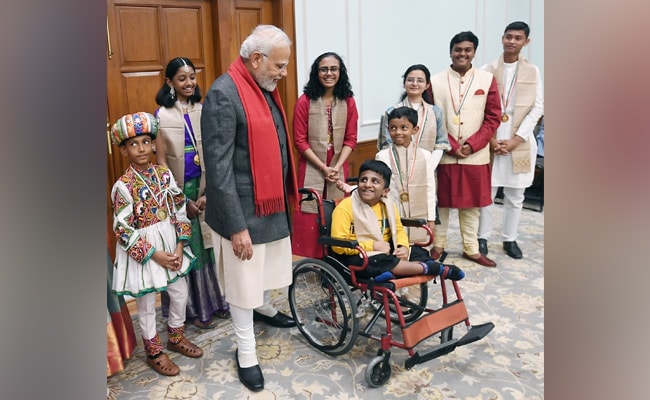 Prime Minister Narendra Modi on Tuesday interacted with the winners of Pradhan Mantri Rashtriya Bal Puraskar (PMRBP) at his residence at 7 Lok Kalyan Marg. The Prime Minister presented mementos (Pradhan Mantri Rashtriya Bal Puraskar) to all the award winners. Their achievements were discussed one by one, followed by an interaction with the whole group. They talked openly in an informal atmosphere. The children asked many questions to the Prime Minister on many subjects. Also sought guidance from the PM on the various challenges facing him.

The Prime Minister suggested to the awardees that they should start by solving small problems to move ahead in life. Build capacity gradually. Increase competence and develop confidence to solve big problems. Talking about mental health and the problems faced by children, the Prime Minister talked about the important role of the family in overcoming this problem and dealing with such issues.

discussion on these topics
Several other topics were also discussed by the Prime Minister during the conversation, including the benefits of playing chess, taking up art and culture as a career, research and innovation, spirituality, etc.

This award is given in 6 categories
The Government of India has been conferring Prime Minister’s National Child Awards to children for their exceptional achievement in 6 categories of innovation, social service, academic, sports, art and culture and bravery. Each awardee receives a medallion, a cash prize of Rs 1 lakh and a certificate.

PM Modi spoke to 11 brave children from across the country, tweeted and said- You all are our heroes!