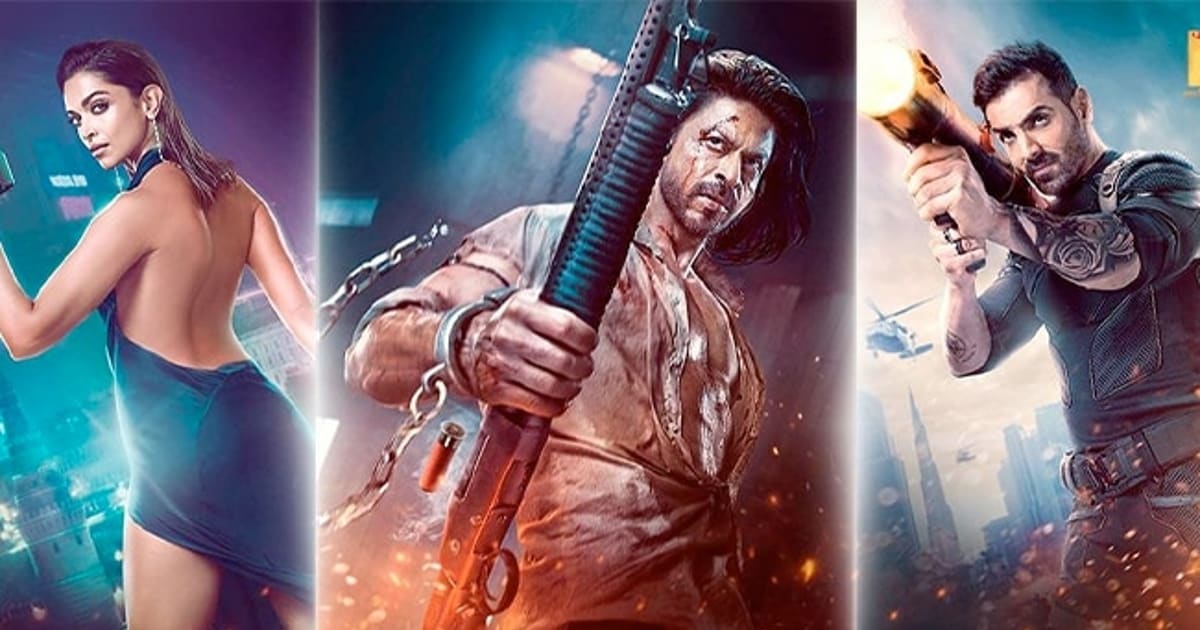 Shah Rukh Khan made his fans wait for a long time of four years. His last film was ‘Zero’. In the film, he did not see that Shahrukh Khan, whom he was crazy about. The film proved to be weak even on the story front. Because of this, the fans rejected the film outright. But Shahrukh Khan made the fans wait for four years. Struggled hard to find a script for myself. Tried to understand the mood of the fans. Then King Khan chose the action genre and showed the charisma that his fans had been waiting for a long time. ‘Pathan’ is the perfect Bollywood masala film, which has action, romance and patriotism along with a strong presence of Tiger i.e. Salman Khan.

The story of Shah Rukh Khan’s film ‘Pathan’ is of an agent and his mission. The one who has to sabotage the plans of the enemy of the country. This is the enemy of the country, John Abraham, who executes his dangerous plans by taking contracts. But Pathan i.e. Shah Rukh Khan becomes an obstacle in its path. Deepika Padukone supports her. In this way, the story of the film is full of action and adventure, in which Tiger i.e. Salman Khan’s entry is also there. Many types of secrets are also threaded in the film. Director Siddharth Anand has made ‘Pathan’ a masala film. He has shot action sequences of international level. Salman Khan’s entry in the film takes the thrill of the fans to the seventh sky. Then Shahrukh Khan’s Attitude and Pathan’s style hides the flaws present in the film’s story to a great extent.

Shah Rukh Khan is such an actor who has a special swag and attitude in his acting. Both these USPs of his are clearly visible in ‘Pathan’. Then the action style of Shahrukh Khan has been unmatched. The kind of comeback film Badshah needed, it is ‘Pathan’. He is very frozen in every frame. Whenever John Abraham comes with Yash Raj Films, he does something special. Same is the case with ‘Pathan’. He has played this character in a brilliant way, he is also frozen in it. From action to romance, Deepika Padukone is amazing. He has shown that he knows all the tricks of acting. Ashutosh Rana and Dimple Kapadia have also done a good job in the film.

Salman Khan’s cameo is definitely going to be liked by the fans. Tiger’s entry makes ‘Pathan’ even more special. In this way, when ‘Pathan’ gets the support of ‘Tiger’, it becomes like icing on the cake and an atmosphere like celebration of a festival is created in the theatre. Then ‘Pathan’ also gets fans of ‘Tiger’.

The songs of the film have already become popular among the fans and are good to listen to. But the entire focus of the film is on Shahrukh Khan and stylish action. In this way, the spicy package that Siddharth Anand has prepared for the fans of Shah Rukh Khan is perfect. Then the splash of Tiger Salman Khan in this doubles the fun. But those people who were working on ‘Boycott Pathan’ can definitely be disappointed with the Pathan film because its story is a befitting reply to it.