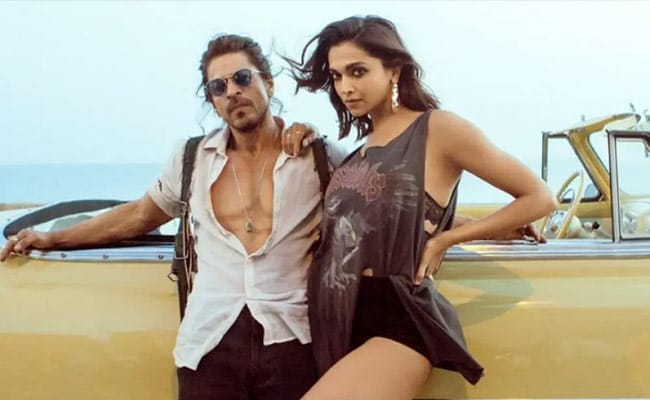 Shahrukh Khan and Deepika Padukone’s film ‘Pathan’ has been released yesterday i.e. on January 25 and as expected the film has broken all the records as soon as it was released. On the very first day, the film created panic at the box office. According to the report of KoiMoi, Shah Rukh Khan’s film has earned more than 53.25 crores in all languages ​​on the opening day. The film Pathan has been released on 8 thousand screens worldwide, in which 5,500 screens have been released in India and 2,500 screens abroad. People are very fond of this film painted in the color of patriotism.

Let me tell you, Pathan has collected 51.60 crores only in Hindi language. This is an early trend, due to which the figures may fluctuate slightly. Today is the second day of the film Pathan and even today the film can create history in terms of earning. There is no doubt that Shahrukh Khan, Deepika Padukone and John Abraham’s film has shown charisma at the box office, which was waiting for a long time. Pathan film has been directed by Siddharth Anand.

As you know, there has been a lot of ruckus in the past regarding the film Pathan. There was a lot of controversy regarding the film’s song ‘Besharam Rang’. Some people even demanded to boycott the film. If we talk about Shah Rukh Khan, he has returned to the big screen after 4 years. He was last seen in the film ‘Zero’. This film proved to be a flop at the box office.