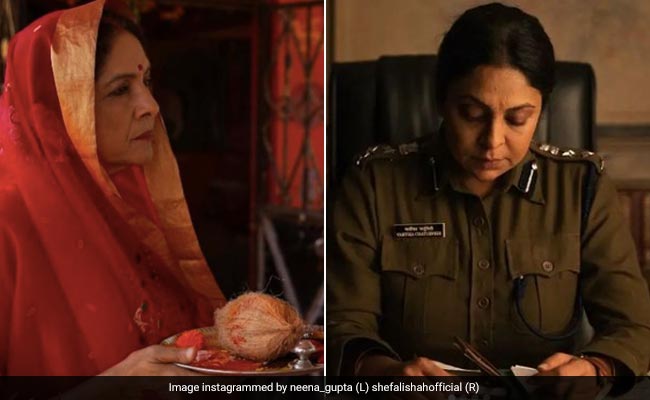 Entertainment News:The craze of OTT platform is increasing day by day. Sitting at home, he is getting to watch more than one powerful movies and webseries. This is the reason why many celebs are now trying their luck on OTT. Many films and series on OTT have made a big dent. In these, the role of female characters has been tremendous. There are many actresses who, due to their strong acting, not only breathed life into that web series, but also made it alive. Let’s know about such actresses.

Such an actress, whose mere presence in a film writes the script of her being a hit. You have seen Neena Gupta in the role of Radhan Manju Devi in ​​’Panchayat Season 2′. The simplicity with which Neena plays the character, her style wins the hearts of the fans. In the role of Pradhan Manju Devi, she not only gave her life but also made it memorable. Neena Gupta has received the Best Supporting Actress Award in the Comedy Series category at the Filmfare OTT Awards. Her performance in daughter Masaba Gupta’s biopic show ‘Masaba Masaba 2’ has been amazing.

If you want to see strong acting, then you should watch Sakshi Tanwar’s movies. His performance has always made the audience his fan. Every film of his makes a splash on the OTT platform. Recently, Sakshi Tanwar’s character in her web series ‘Mai’ released on Netflix is ​​so amazing that everyone talks about her performance. In this series, she has played the role of a middle class mother and nurse. Who gets trapped in a deep conspiracy after the daughter’s death.

Talking about the powerful actress of OTT, how can it be that Shefali Shah’s name does not come up. Due to his strong acting, his fan following is very strong. His character as a police officer in the web series ‘Delhi Crime Season 2’ is enshrined in everyone’s heart. Everyone has liked Shefali’s acting in the role of eccentric doctor in ‘Human’ and Alia Bhatt’s mother in the film ‘Darlings’. He gets the love of the audience in every character.

The next name in the list of powerful actresses of OTT is Yami Gautam. His beauty and strong acting is very much liked by the audience. In the film ‘Dasvin’, he played the character of Kadak Jailor. In this character, she motivates a spoiled politician to pass the tenth standard. This film of Yami Gautam was released directly on OTT. He was also well liked by the audience in the role of Gray Shade in the film ‘Thriller a Thursday’.