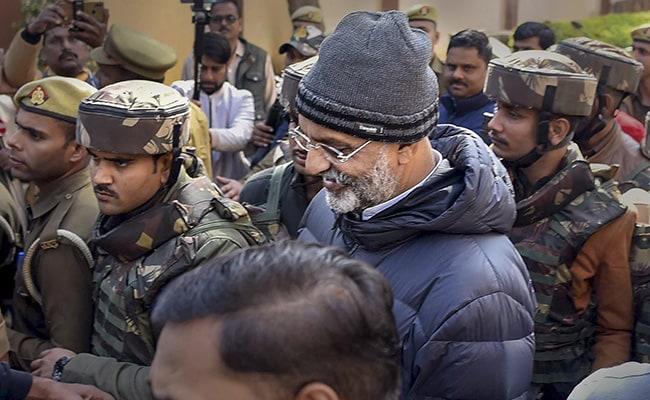 An FIR has been registered against Mukhtar Ansari at Muhammadabad police station in Ghazipur. Police has registered this FIR on the basis of application received on IGRS. This action has been taken on the application of the father of the deceased Manoj Rai in the Usri Chatti incident.

According to the information, on the application of Shailendra Rai, a resident of Buxar, a case of murder has been registered against five people including Mukhtar. In the year 2001, 3 people were killed in the Usri Chatti incident.

Brijesh Singh and Tribhuvan Singh are the main accused in the case. Mukhtar Ansari is the litigant in the Usri Chatti case and is pending in the MP/MLA court. Shailendra Rai has alleged in his application that on July 14, 2001, people close to Mukhtar took Manoj Rai to meet him. While the next day he got information about Manoj’s death in the Usri Chatti incident.

In the year 2001, Mukhtar Ansari was attacked in the Usri Chatti incident. Three people were killed in the attack, including Manoj Rai. Shailendra Rai’s father says that his son Manoj Rai used to do contractual work for Mukhtar. But then he started contracting in his own name.

Angered by this, Mukhtar got him murdered. Ghazipur Superintendent of Police Omveer Singh informed about the registration of the case.