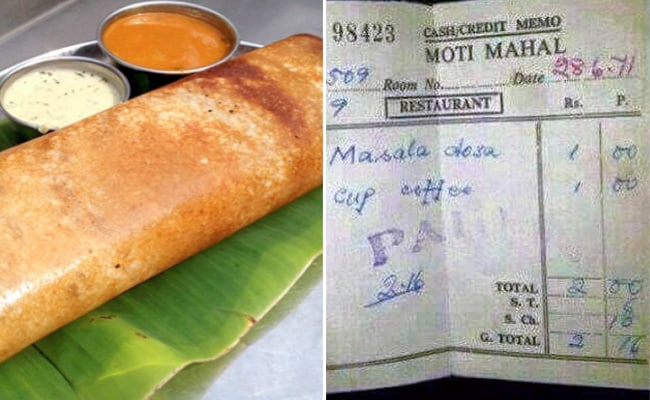 1971 Restaurant Bill Masala Dosa: These days on social media, from old wedding cards to old vehicle bills, many types of bills are attracting people’s attention. Recently the bill of bullet and cycle was also seen. At the same time, from the old electricity bill to the bill of food and drink, there is a lot of discussion. As such, nowadays people are clicking photos of old-fashioned slips and making their pictures viral on social media, on which people’s reactions are also being seen. Although this bill is very old, but it is in discussion these days.

This post has been shared on the social media platform Twitter with an account named @indianhistory00, on which people are giving different reactions. This post was shared on February 1, 2017, seeing which even the users were stunned. In this era of inflation, people are surprised to see this bill for a full meal for two rupees.