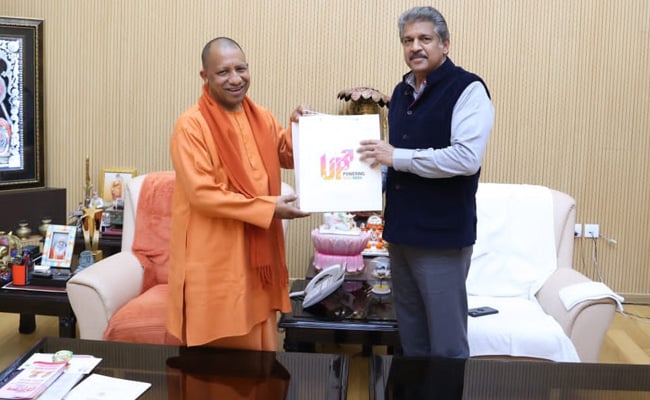 Referring to the 25 sectoral policies of the state, the Chief Minister said, “We have prepared our policies keeping in mind the needs and expectations of the industry. The state has huge landbank and open power access. The interest of the investors is safe here. Towards the government All these facilities will be made available to the Mahindra Group.

Describing the Chief Minister’s industrial development policies as encouraging for the industry, industrialist Anand Mahindra said that Uttar Pradesh’s better law and order, practical sectoral policies, simple system and large population create investment-friendly opportunities for the Mahindra Group. The group is excited to be instrumental in the development of Uttar Pradesh, the country’s largest state.

Industrialist Anand Mahindra said that investment proposals from the group were discussed in a special meeting with the Chief Minister in Mumbai (Maharashtra) on January 05. The group is preparing a detailed action plan on all those proposals. All those proposals will be implemented in a phased manner under the guidance of the CM.

Chairman of Mahindra Group said that encouraging the immense possibilities of tourism in Uttar Pradesh, Club Mahindra will be expanded at tourist places. This will help tourists and new means of employment will also be created. Increasing efforts to incorporate technology in the agriculture sector, the Mahindra group is keen to set up a unit in Uttar Pradesh to manufacture farm machines.
Describing the electronic vehicle policy of Uttar Pradesh as encouraging, Anand Mahindra said that the Mahindra group is working on a big investment plan in the EV sector. From this point of view, Uttar Pradesh is our first choice. A detailed action plan is being prepared for this.