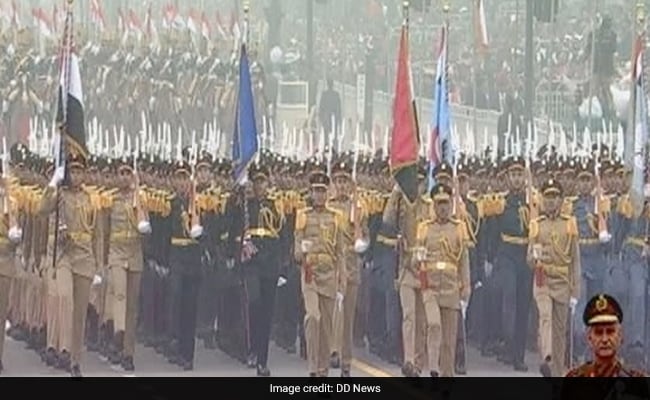 The country is celebrating its 74th Republic Day today. For the first time, a parade is being held on the duty path (Rajpath) of Delhi, tableaus of many states are being seen in it. Egyptian President Abdel Fattah el-Sisi is the chief guest at the ceremony this time. Along with him, a 120-member Egyptian contingent also took part in the marching parade. This time 23 tableaux depicting India’s vibrant cultural and historical heritage, economic and social progress are participating in the parade. In this parade only Made in India i.e. indigenous weapons were displayed. A 21-gun salute was given from the 105 mm Indian field gun made in India. Newly recruited Agniveer also became a part of the parade.