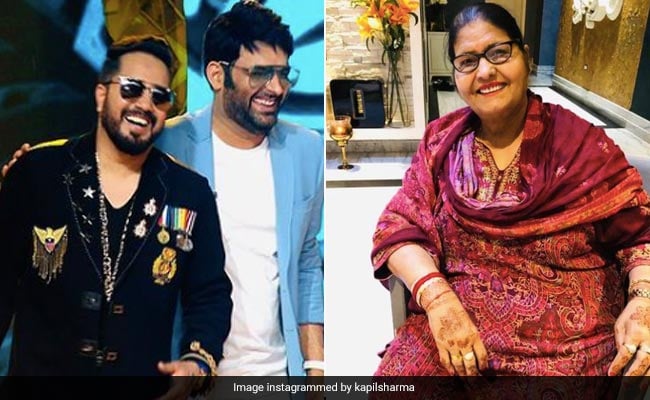 Comedian Kapil Sharma remains in a lot of headlines for his show. Many stars of the film world keep participating in his show. Not only this, the comedian’s wife and mother are also present as spectators in The Kapil Sharma Show. In the past, Kapil Sharma’s mother also sang a song in the show. This episode of the show also made a lot of headlines. Now Kapil Sharma has revealed that he recently went to Punjabi singer Mika Singh’s house and sang him there.

Mika Singh happily gave Rs 11,000 to Kapil Sharma after listening to his mother’s song. Kapil Sharma himself has told this in his episode. Sony TV channel has shared a video on its official Instagram account. In the video, the show’s host Archana Puran Singh is praising the episode of Kapil Sharma’s mother. After this Kapil Sharma says, ‘Yes, I told Mummy that you are becoming so popular, then Mummy said, yes people call me too, so how much should I tell them about my payment’.

After this Kapil Sharma further said, ‘Mika (Singh) paji lives on the top floor of our house. Mummy ji has done her own composition of Punjabi dialects. She went to Mika ji. He heard Mummy ji’s song and happily gave Rs 11,000. Then mother came downstairs and told me that Mika has paid Rs 11,000. However, Kapil Sharma has said this in a funny way for his mother. This video is going viral on social media.