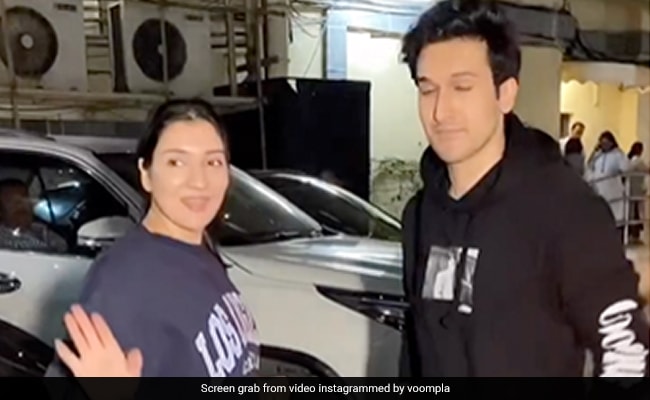 These days there is a lot of craze among people regarding Shahrukh Khan’s film Pathan. From fans to industry people are going to watch his film. Both the children of actor Govinda Yashvardhan Ahuja and his daughter Tina Ahuja also reached to watch the Pathan movie. In the viral crying video, you can see that both are getting out of the car. Only then paparazzi starts taking their photos and both start posing for the camera.

However, some people did not like the children of former superstar Govinda going to watch Shah Rukh Khan’s film like this and people started trolling them. A fan wrote, doesn’t anyone give work to Govinga’s children? Although some fans liked the cuteness of both. A fan wrote, OMG how cute they are. While another fan wrote, are they twins.

Please tell that Aditya Chopra has produced Shah Rukh Khan’s Pathan, while the director of the film is Siddharth Anand. Shah Rukh Khan, Deepika Padukone, John Abraham, Dimple Kapadia and Ashutosh Rana are in lead roles in the film. Shahrukh Khan has returned after four years, ending the wait of the fans. After this, Shahrukh Khan will also be seen in the films Jawan and Danki.