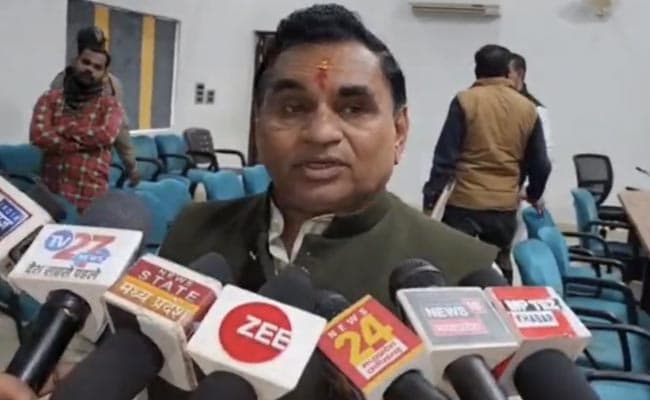 Narayan Patel, BJP MLA from Mandhata Assembly of Khandwa, Madhya Pradesh, has cited good roads as the reason for increasing road accidents. The MLA said that due to good roads, accidents are happening. Vehicles move at a high speed due to good roads. A speeding vehicle can go out of control at any time. Not only this, he said that I myself have experienced it. Let us inform that the condition of the roads of Madhya Pradesh is very bad these days. Because of which accidents are happening every day. Four major bus accidents have happened in Khandwa alone since January 1. Despite this, this argument of the BJP MLA is beyond comprehension.

“Accidents Cause Due To Good Roads”: BJP MLA From Madhya Pradesh pic.twitter.com/FwjL2Z17ME

Let us inform that the Chief Minister of Madhya Pradesh Shivraj Singh Chouhan went to America and told that the roads of Madhya Pradesh are better than the roads of America. After which a lot of ruckus was also created regarding the roads, but now in the BJP government of the state, a BJP MLA has told good roads as the reason for the accident. Narayan Patel, BJP MLA from Khandwa’s Mandhata assembly seat, says that due to good roads, people drive at high speed, and the speeding vehicle gets uncontrolled and causes accidents. He himself has experienced this. That is, the BJP MLA believes that good roads in the country are a major reason for road accidents. Because of which accidents are happening every day.

In fact, the incidents of accidents are continuously coming to the fore in Khandwa for the last one week. When the media asked the MLA about this, he said that nowadays the roads are good, especially in my constituency, there are many accidents. Roads are good, vehicles run at high speed, I have experienced that very high speed vehicle can be uncontrolled at any time. That’s why this type of situation arises. Not only this, he further said that some drivers drive vehicles in a drunken state, not all of them. Those who drive vehicles in a drunken state, that’s why these types of road accidents happen.