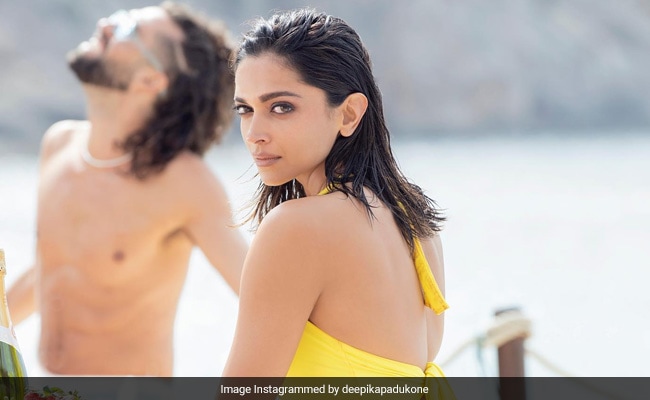 Bollywood’s famous film Pathan has been released in cinema halls. The film stars Bollywood’s King Shahrukh Khan, beautiful actress Deepika Padukone and handsome hunk John Abraham in the lead roles. Everyone is praising the acting and action of these three stars in the film Pathan. Deepika Padukone’s role and acting in the film is quite different. He has also done many surprising action scenes with Shahrukh Khan in the film. Whom everyone is praising.

Seeing Deepika Padukone’s acting and action scenes in the film Pathan, fans are praising her on social media and calling her the queen of Bollywood. The fans of the actress have called her #RaniSaOfBollywood after watching the film Pathan. A fan wrote in his tweet, ‘Deepika Padukone has attracted everyone with her acting and she remains the center of attraction even today.’ Another fan wrote, ‘No one can beat his acting skills and he is fire and no one can beat him.’ Others wrote, ‘Her dialogues and everything is perfect and she is the real queen of Bollywood’

Deepika Padukone has attracted everyone with her acting and she remains the center of attraction today.#RaniSaOfBollywood

She proves always with performance in this movie. #RaniSaOfBollywood pic.twitter.com/lF6Ab7CzH6

She is looking superb in this look
You all guys need to checkout her in movie#RaniSaOfBollywood pic.twitter.com/p8IVbGwLsH

Her dialogue and everything are perfect and she is the real Queen of the Bollywood#RaniSaOfBollywood
pic.twitter.com/st3YH5ezvS

Let us tell you that in view of the first day first show of the film Pathan, the number of shows in theaters has been increased. This decision has been taken in view of the increasing craze among the audience towards the film. Trade analyst Taran Adarsh ​​has given information about increasing the number of shows in theatres. Along with this, he has also told that now how many shows of Kul Pathan will run in theatres. Taran Adarsh ​​has told that in view of Pathan’s first day first show, 300 more shows have been extended. With this, Shah Rukh Khan’s film has become Bollywood’s biggest Hindi film in terms of screen count. After increasing 300 shows, now the total number of screens of Pathan has increased to 8 thousand, out of which 5,500 screens have been released in India and 2,500 screens abroad.