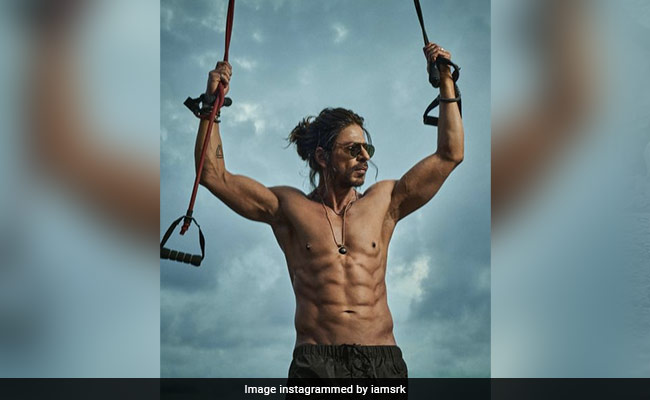 Badshah Shahrukh Khan’s Pathan has been released at the box office today. Although the discussion of the film continues on social media for many days. Meanwhile, there are many questions about Shahrukh in the hearts of the fans too, to which King Khan is seen answering these days in Ask SRK. Meanwhile, a question asked by a fan in the style of Sholay film has come up for discussion, on which Shah Rukh Khan’s answer is becoming quite viral. At the same time, fans are also seen sharing their reaction on this question.

Shah Rukh Khan had started #AskSRK on his Twitter account on the previous day, due to which fans had asked a lot of questions. While sharing a photo of Shahrukh’s abs in the film Pathan in the style of Sholay film Gabbar, a fan asked, Samba! How many abs were there?? While answering this, Shahrukh also writes in a funny way. Sardar, there are a lot of flaws… I am looking for some good quality now. Fans are also seen sharing their reaction on this. One user wrote, Sir, there are many good things too.

Let me tell you, Pathan film has been released in India and abroad today i.e. on January 25, which is getting a good response from the fans. There are reports that the film has also been leaked online, due to which the makers are going to face a lot of trouble. However, in spite of this, the advance booking of the film continues. On the other hand, talking about Pathan, Salman Khan is also going to be seen doing a cameo in this film, due to which the fans are looking very excited.