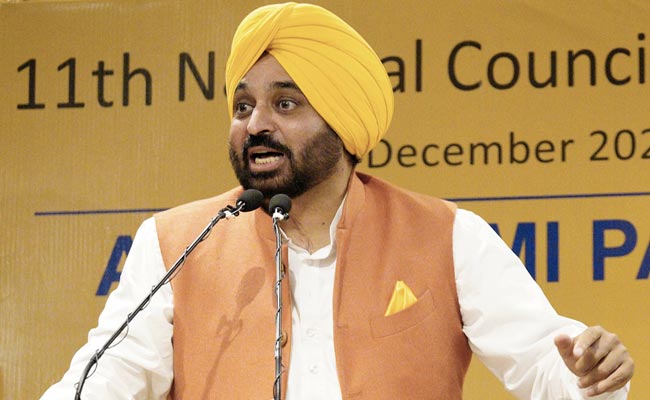 Chief Minister Bhagwant Mann arrived in Mumbai on Sunday to encourage eminent entrepreneurs to invest in the state to further boost industrial development of Punjab.

During this two-day visit, the Chief Minister will meet business delegations and managers of major companies on Monday for investment. He will meet with leading businessmen for strategic coordination in key sectors.

Chief Minister Bhagwant Mann during his visit next month S. a. s. Nagar will also invite industrialists to visit Punjab to attend the Invest Punjab conference to be held in Mohali.

During this, on reaching Mumbai, the Chief Minister reiterated his government’s firm commitment to develop Punjab as the industrial hub of the country. He said that the state government will leave no stone unturned for this big task. Bhagwant Mann said that the Punjab government is already making meaningful efforts to take the state to the highest level of industrial development.

The Chief Minister said that the state government is also considering setting up a film city in Punjab. Bhagwant Mann said that most of his friends from the film industry live in Mumbai, so he would appeal to them to open their ventures in Punjab.

He said that the Punjabi film industry is already huge and this proposed film city will give it an opportunity to spread widely.

The Chief Minister expressed hope that on one hand the industrial development of the state would get a boost from this tour and on the other hand new employment opportunities would open up for the youth. Bhagwant Mann said that he would show Punjab as a land of opportunities and development in front of industrialists in Mumbai.

He said that Punjab is the most preferred destination for investment in the country and all possible efforts would be made for new investments in the state. Chief Minister Bhagwant Mann, who arrived on Mumbai tour, was warmly welcomed.