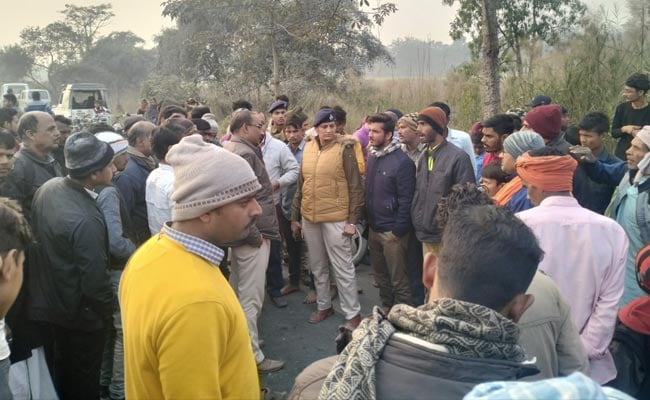 An elderly person died in a painful road accident on NH 27 in Kotwa police station area of ​​East Champaran district of Bihar on Friday. A car driver first hit an old man riding a bicycle. After the collision, the old man trapped in the bonnet of the car was dragged for eight kilometers. After this, the car driver hit the brakes and dropped the old man from the bonnet and trampled him mercilessly under the car. Then the car driver fled with the car.

Shankar Chaudhur jumped on the bonnet of the car after the collision and grabbed the wiper by clinging to it. During this, he kept on shouting and pleading to stop the car. People standing on the roadside who saw it. He also shouted loudly to stop the car. While some people started chasing the car. But the car driver kept driving the car at the same high speed.

Seeing the people following, the driver suddenly hit the brakes near Kadam Chowk in Kotwa and Shankar fell forward. During this, he died on the spot itself. Kotwa police station chief Anuj Kumar said that after getting the information about the incident, all the police stations on the NH side were alerted. Along with this, the Piprakothi police have seized the car. But the driver and the occupants of the car all fled. The owner of the car is being traced from its registration number.

read this also: Mumbai: Father raised questions on police revelations about the murder of a girl 14 months ago in Bandra