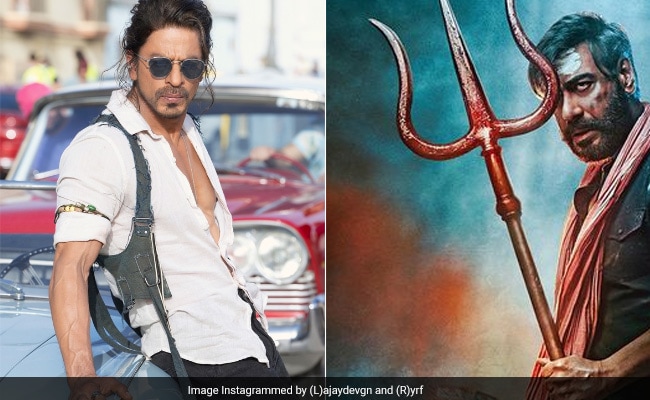 Devgan’s ‘Drishyam 2’ was among the highest-grossing Hindi films in 2022. The film had earned more than Rs 280 crore worldwide. Devgan said that the film industry needs superhit films so that cinema can reach the level before the global pandemic. The actor said, “After the film (Drishyam 2) became a super hit, I would say we need three to four more super hit films as things have cooled down a lot after the global pandemic. We have to force people to come back to the theaters to watch the film. Wish to be well.

Releasing the teaser of his upcoming film ‘Bhola’, Devgn said, “I want every film to do well. Now ‘Pathan’ is releasing and the news of its ‘advance booking’ is gratifying and I am very happy at heart. It stars Shah Rukh Khan, Deepika Padukone and John Abraham in lead roles.

Experts of the film world believe that the ‘opening’ of the film at the box office will be between Rs 45 to 50 crores. On the appreciation that the film ‘RRR’ is getting on the global platforms, Devgan said, “When the film works, the entire film world benefits from it. Similarly, Rajamouli took the film to the international level. Today we are reading the news that what James Cameron and others are talking about the film.

He said, “Our film industry got recognition through RRR, which is a big thing and we are proud of it. So, I wish the film gets more and more nominations and awards and it will be good for all of us.” The song ‘Naatu Naatu’ from Rajamouli’s film ‘RRR’ won the award in the Best Song category at the Golden Globe Awards. has won. The song has been declared the winner of the ‘Critics’ Choice Awards’ (CCA), while the film has been declared the Best Foreign Language Film.

‘RRR’ is a fictional story of Indian revolutionaries. Ram Charan and Junior NTR are in important roles in the film. The film is set in the 1920s when India was under British rule. Alia Bhatt and Ajay Devgan are also in the film. The song ‘Naatu Naatu’ has also been nominated in the Best Original Song category for the 95th Academy Awards. The award is to be announced on Tuesday. Devgan has also directed the film ‘Bhola’. It is a Hindi remake of the Tamil film ‘Kaithi’. Tabu is in the lead role in this.