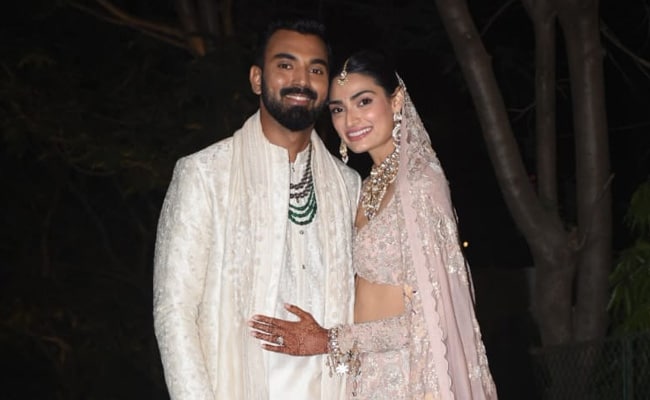 Actress Athiya Shetty and cricketer K.L. Rahul is in a wedding dress and he is getting the photoshoot done. This video is being liked a lot. Talking about the guests, many Bollywood stars were seen. Tiger Shroff attended the wedding with sister Krishna Shroff, while Arjun Kapoor attended the wedding with sister Anshula Kapoor. Anshula was seen with her rumored boyfriend Rohan Thakkar. Among the guests, Anushka Ranjan came with husband Aditya Seal. Let us tell you that there were reports of Athiya and Rahul dating each other since 2019.