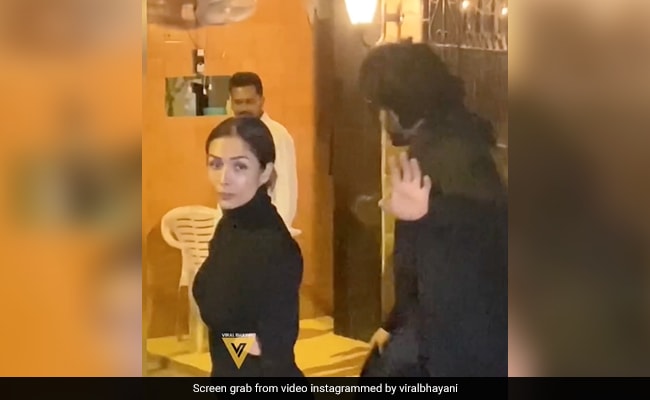 Malaika Arora and Arjun Kapoor are the adorable couple of Bollywood. The pair of both gives perfect couple goals to today’s youth. Malaika Arora and Arjun Kapoor are often seen hanging out with each other. At the same time, couples often express their love for each other on social media. Recently once again Malaika and Arjun appeared together, a video of which is going viral on social media. In this video, both are seen in black outfits.

This video has been shared from the official Insta handle of Viral Bhayani. In the video, you can see that Arjun Kapoor and Malaika Arora get down from the car and then both pose for the media for a few seconds and leave quickly. Although both are looking great together as always, but some social media users have started trolling them for their looks. Various funny reactions of people are coming on this video.

Commenting on the video, a user wrote, “Are you going to commit robbery?” So there another has written, “Where are both going so quickly”. Another wrote, “Arjun is coming playing GTA 5. Looks like it”. Another writes, “Malaika always looks killer”. Talking about the work front, Arjun has recently appeared in the film ‘Kutte’.