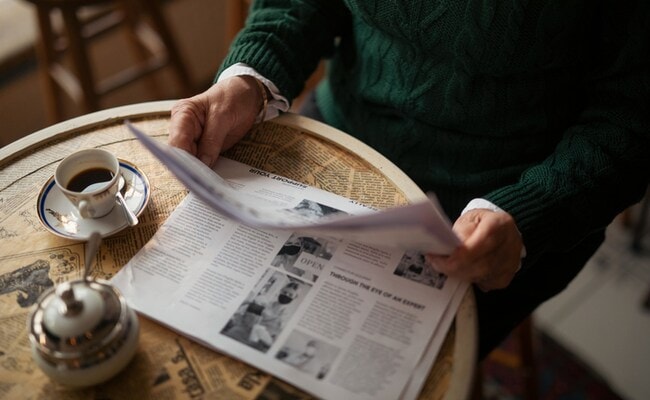 From CNN to the Washington Post, the US media is facing tough times, as many outlets announce layoffs this winter amid fears of an economic recession. Vox Media, the owner of The Verge websites as well as New York magazine and its online platforms, announced on Friday that it was laying off seven percent of its staff. There have also been layoffs at CNN, NBC, MSNBC, BuzzFeed and other outlets.

In a memo sent to employees on Friday, Vox Media CEO Jim Bankoff announced “the difficult decision has been made to lay off approximately seven percent of employees across various departments due to the challenging economic environment affecting our business and industry.” The memo was confirmed to AFP by Vox Media. Vox Media said that affected employees would be informed to leave within the next 15 minutes. This would mean that about 130 of the group’s 1,900 employees were laid off.

Meghan McCarron, an award-winning journalist who spent more than nine years at Eater, a food website owned by Vox Media, and who is 37 weeks pregnant, tweeted on Friday that she was one of those fired. McCarron posted, “My partner and I are so excited to be parents. Really can’t describe the uncertainty we are facing now.” A Vox spokeswoman told AFP they could not comment on specific cases, but that employees were offered “competitive severance packages” that included additional pay to “plan for near-term upcoming parental leave”. Severance pay included.

start looking for a new job

Journalists who have been fired from other organizations in recent weeks have taken to Twitter to express anger, disappointment or gratitude to their colleagues as they begin their search for new jobs. “I’ll figure out my next move. I’m a data reporter, but I also write and produce. I’d love to keep doing that. I’m open to (direct messages).” tweeted Emily Siegel, who was ousted after five years as an investigative reporter at NBC.

The layoffs haven’t been as discussed in the media as rocking tech giants like Microsoft and Google. According to a 2021 study by the Pew Research Center, newsroom employment in the United States is set to decline from 114,000 to 85,000 journalists between 2008 and 2020. “Journalism has been under pressure for a long time, and many companies feel it is an opportune time to reduce their labor costs,” the Writers Guild of America, East, said in a statement to AFP. is delivering.”

The Writers Guild of America, East includes reporters from NBC and MSNBC. According to US media, two other outlets (who declined AFP’s request for comment) said about 75 employees were furloughed. A similar announcement is expected in the Washington Post. Here CEO Fred Ryan warned last month that “many positions” would be cut in the coming weeks. Saying that the layoffs would total about 2,500 people. The paper said that appointments to other posts may continue. The Washington Post Magazine, the paper’s Sunday supplement that won two Pulitzer Prizes, was shut down in December. It was described in a memo by executive editor Sally Buzby as the paper’s “global and digital transformation.” Vice Media CEO Nancy Dubuque announced to her employees on Friday that the company was up for sale.

According to US media, in recent months, CNN has fired several hundred employees out of an estimated total of 4,000 people. CNN did not confirm these figures from AFP. The cuts came as the company restructured following its merger with Warner Media, which includes CNN and HBO Max and Discovery. The merger resulted in the creation of the Warner Bros. Discovery mega-conglomerate. Following the merger, CNN’s new parent company abruptly shut down the network’s $100 million streaming service CNN+. Naveen Sarma, a senior media analyst at S&P Global Ratings, noted the “rapid, secular decline” of traditional broadcast and cable television in the United States led to a dramatic decline in paid TV subscriptions. It is an ongoing struggle.

Thunderstorm and snowfall likely from tomorrow till 27th: Meteorological Department, people of this area should take care