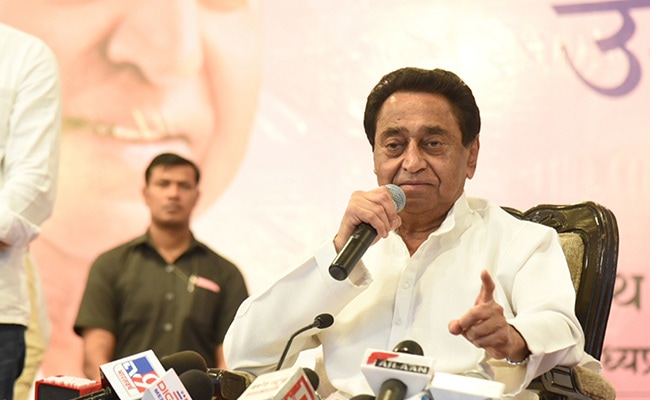 The BJP has attacked the statement of former Madhya Pradesh Chief Minister Kamal Nath. Recently, while addressing a public meeting, the former Chief Minister had said about the policemen that “a good account will be taken”. Kamal Nath had said that elections will be held in eight months and I want to tell everyone not to be aggressive or fearful. All police officers should listen with open ears that everyone will be held accountable in the upcoming elections. Referring to the statement of the Congress leader, Bharatiya Janata Party spokesperson Shahzad Poonawalla said that Kamal Nath has shown his undemocratic emergency mentality.

Shahzad Poonawala said that this is not the first time that Kamal Nath has tried to intimidate the police officers and the administration. He had given similar statements in August 2021 as well. Taking a jibe at the Congress, Poonawalla said the party always believed in an emergency mentality, politics of intimidation, vendetta and vendetta.

He said that this kind of mentality shows that it is not a ‘love shop’, but a ‘threat shop’. The Congress has always believed in the emergency mindset in the politics of intimidation, retaliation and retribution. This is exactly what the party is displaying in Madhya Pradesh.” Citing open threats being issued by former Madhya Pradesh chief minister Kamal Nath to police officers and administration, Poonawalla questioned what would happen if the Congress party was out of power. What will happen if they come to power by mistake.